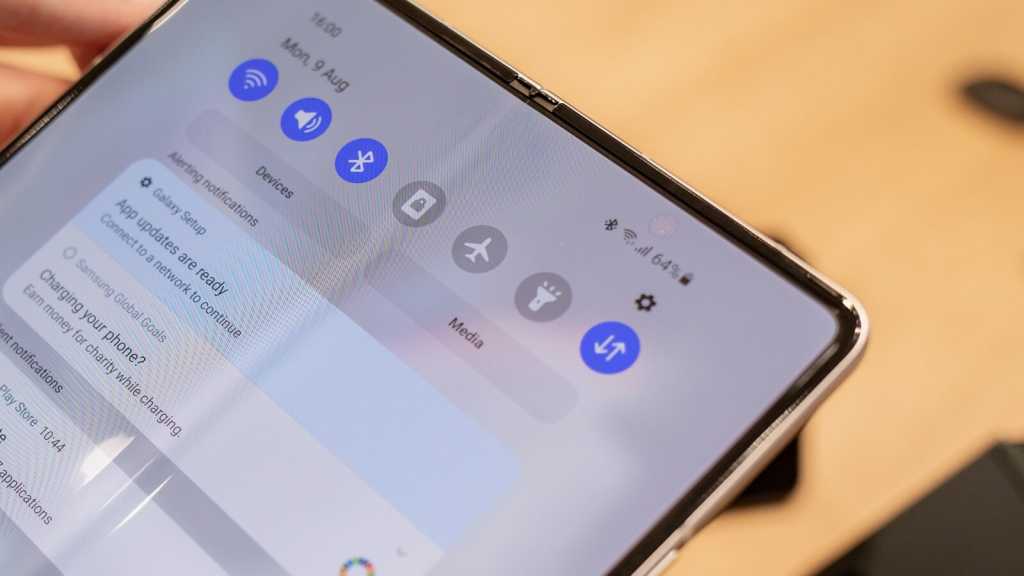 Did you know that Samsung makes its own processors? You’d be forgiven for glossing over that — the flagship Galaxy S series of phones technically uses Samsung’s home-grown Exynos system-on-a-chip, but almost never in the United States, where Samsung uses Qualcomm’s Snapdragon chips. But you might want to track down an all-Samsung machine for your next Android phone, as the newest Exynos processor will pack some serious graphical punch via a partnership with AMD.

The Exynos 2200 series of chips was announced this morning and is presumably slated for the upcoming Galaxy S22, Galaxy Z Fold3, and Flip3 phone lines. In addition to the usual incremental improvements in ARM-based SoC designs, Samsung is letting AMD handle the design of the new Xclipse GPU series. It’s a “hybrid graphics processor” using RDNA 2 architecture.

What does that mean? Not a lot in terms that matter to end users, but Samsung does say that the Exynos 2200 platform will use “the industry’s first hardware-accelerated ray tracing on mobile.” Ray tracing is an advanced graphics lighting technique that, while possible on more or less any hardware, really requires custom-designed chips in order to effectively run during active gameplay. Ray tracing has only become widespread recently for desktop and mobile gaming, starting with new GPU designs in 2018.

Samsung also said that the Xclipse GPU can handle variable-rate shading and will come with a multi-IP governor system to enhance efficiency. And,, lest you think this is a one-off promo deal, the press release states that there are “multiple planned generations” of AMD-powered Exynos GPUs in the works. Expect to see the first fruits of this union in the first quarter of 2022, when Mobile World Congress (or its pandemic-era digital equivalent) occurs.

Microsoft Defender could protect your Android phone and Mac, too

Razer Late last year, during the annual commercial-fest that is the Game Awards, we heard that Google was planning to bring its Play Games platform from Android to Windows PCs. It’s arrived, at least for a few lucky players: The limited beta is only available in Hong Kong, Taiwan, and South Korea as of today....